1778 – Phillips Academy, an all-male boarding school, is founded by Samuel Phillips and his uncle John Phillips on the west side of Main Street.

1808 – Andover Theological Seminary is founded across the street from Phillips Academy as a separate school. However, one board of Trustees presided over both the Seminary and the Academy.

1810 – The first person is buried in the cemetery, likely a student named Louis Count Congar or Lewis LeConte Congar.

1816 – Trustees create a committee focused on dedicating a burial place near the school.

1820 – Burial grounds owned by Isaac Blunt are sold to Phillips Academy for $400.

1827 – An independent teachers’ seminary for boys is established in Andover.

1828 – Abbot Academy, a girls’ school, is established near Phillips Academy.

1872 – The Chapel Cemetery Association founded by volunteers to take care of the cemetery.

1898 – Stowe Monument erected in the cemetery in honor of Harriet Beecher Stowe.

1908 – The Chapel Cemetery Association gains ownership of the 1.78 acres of land, divided into two parcels, which contained the cemetery. The Phillips Academy and Andover Theological Seminary Trustees gave up the land under the condition that it will forever be a burial site. 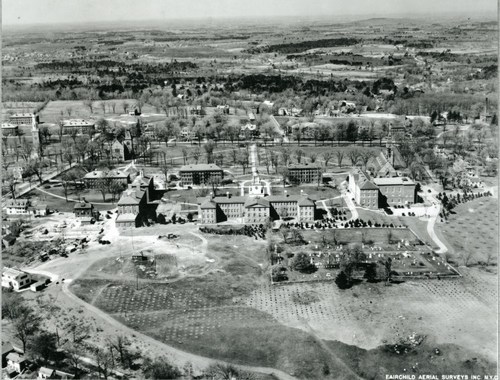 1969 – Addressing the dwindling number of vacant grave sites, the school calls on landscape architects Sasaki, Dawson, and DeMay Associates, Inc. to create a plan for expansion. They suggested adding new walls with niches serving as extra burial spaces, but the idea was not approved.

1972 – New board of Chapel Cemetery Association Trustees formed, with an internal committee focused on the Association’s cemetery policies. The committee recommended restricting interment to people who have been closely associated with the school for a meaningful period of time (along with their immediate family), and creating a garth which could hold a large number of cremated remains.

1973 – Phillips Academy becomes co-educational when it merges with Abbot Academy.

1975 – The garth, designed by Sasaki, Dawson, and DeMay Associates, Inc., is finished.

1998 – The Chapel Cemetery Association is revived after a 25-year hiatus to address concerns of neglect.

2006 – New surveys and maps of the cemetery are drawn.