The graveyard is quite literally full of significant people and their families, so there is very little room for new burials. However, it is still possible to be laid to rest there if you have been a faculty member or a trustee of Phillips Academy for at least five years. 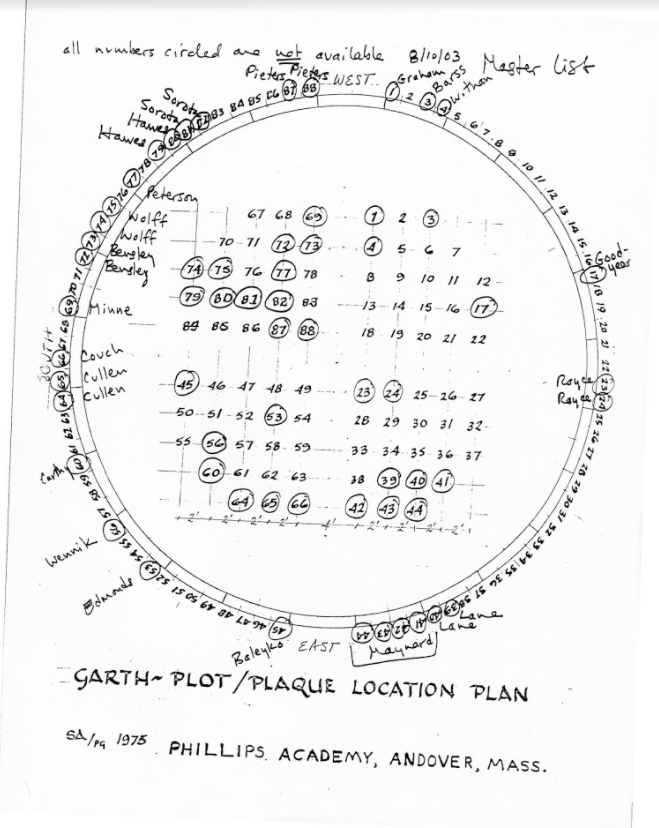 A diagram of the available spaces in the garth, circa 2003 (courtesy of the Phillips Academy Archives).

There are over 60 places for urn burials open in the garth, the large circular mound in the north-western corner of the cemetery.

The prices of the lots as of June 2001 are $1,000 per burial space. A full lot is 20 feet by 25 feet, enough room for 12 bodies, but lots were also sold as halves, thirds, quarters, and sixths. Right now, most of these are already in use or bought to be used in the future.

Cremated bodies can be placed in the garth for $500 individually, or $750 for a double burial.

The actual opening of the graves costs $800 for a traditional full-body burial and $450 for urns, with an additional $100 charge for burials on weekends or in the winter.